The Haunted Histories of Hartlepool

During our first module of Second Year, we were given the brief to design and create a full-size street set around the theme ‘The Haunted Histories of Hartlepool’, nicknamed ‘ The Street’ the idea behind it was that it had been built by ghosts of the past who had brought various buildings together to create a space in which they would live. We were given the challenge of designing shops, houses, street furniture and flooring that would then be built later in the module within our given workshop space. We could do this individually or in small teams once a final design for each feature was chosen. I decided to work individually as I wanted to push myself and see how far my skill-set could take me, as I had never attempted large-scale construction before and I wanted a challenge. I began by coming up with a range of building ideas that were influenced by historical images of the Hartlepool area as well as sketches I had done over the summer of old houses and period features and the areas maritime history. I really enjoyed this part of the work as you could be really creative in your ideas and make ‘mix-match’ houses from various parts of others. 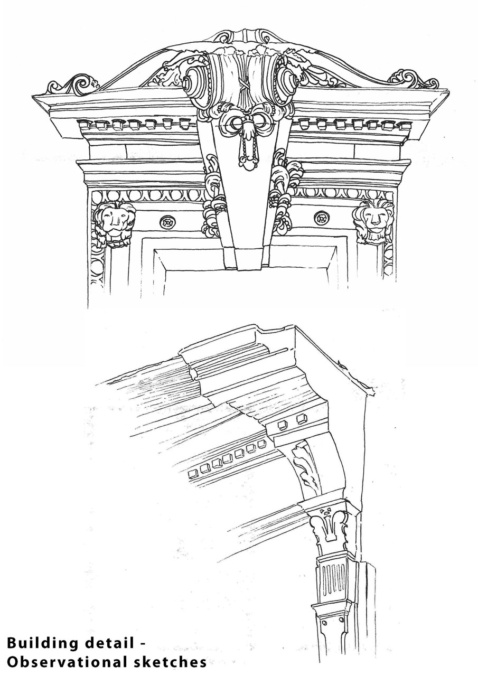 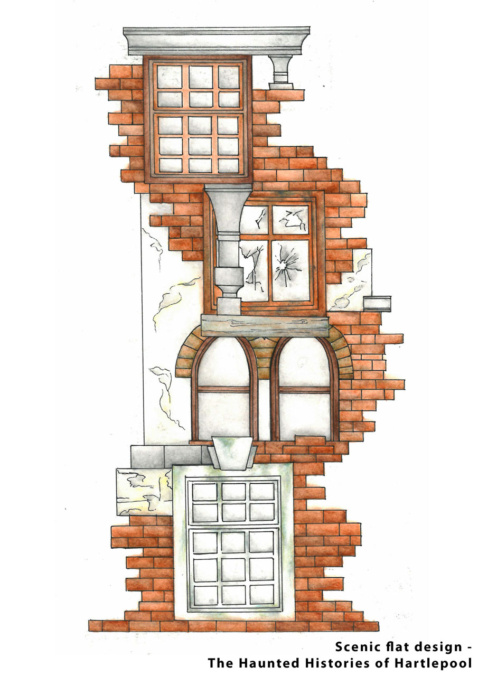 Once I started to design, I began to think about other things that could be included within the street such as street carts, tents and movable features etc. I decided to focus on the idea of a street stall that had the potential to be collapsible and be moved around by the owner who most likely would have sold second hand wares. This then developed into my final design that I called ‘The Bizarre Bazaar’. 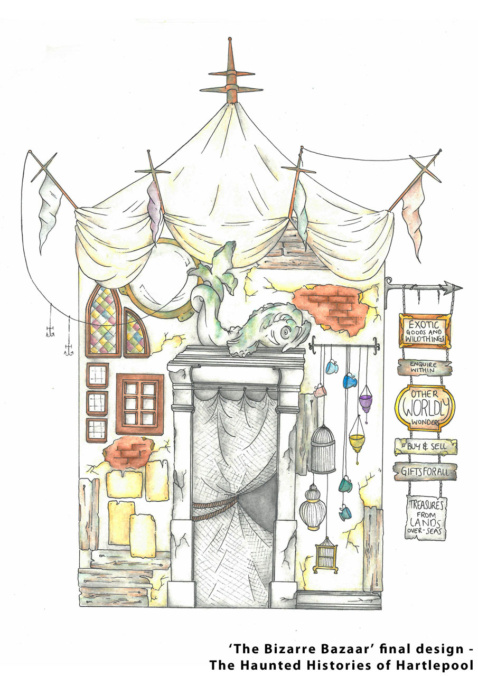 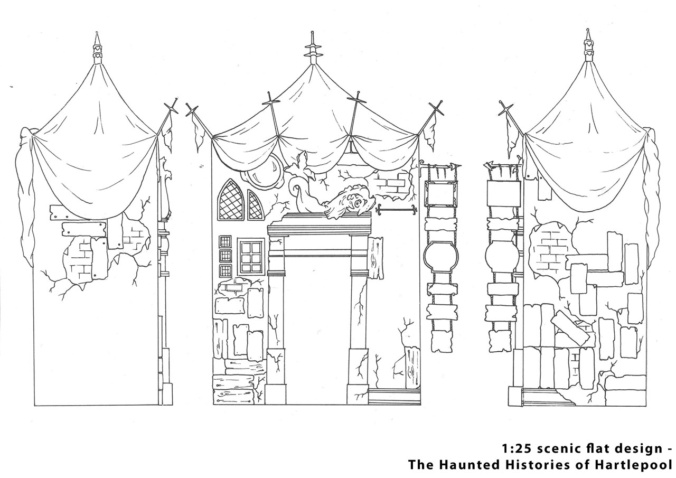 Once our designs had been approved, it was time to start construction. This is the part I was nervous about as I knew my machinery and tool skills would be challenged. Once I had planned and created technical renders of my final design I knew the correct dimensions and the easiest way to build my shop and this made the construction a lot easier. I also had the chance to experiment with new materials during this project such as polystyrene foam which allowed me to easily, lightweight shapes for many parts of my final build. Painting the final construction was the part I was looking forward to the most as faux effect painting has always interested me and it was great to have the chance to create various textures and weathered effects on my own building. 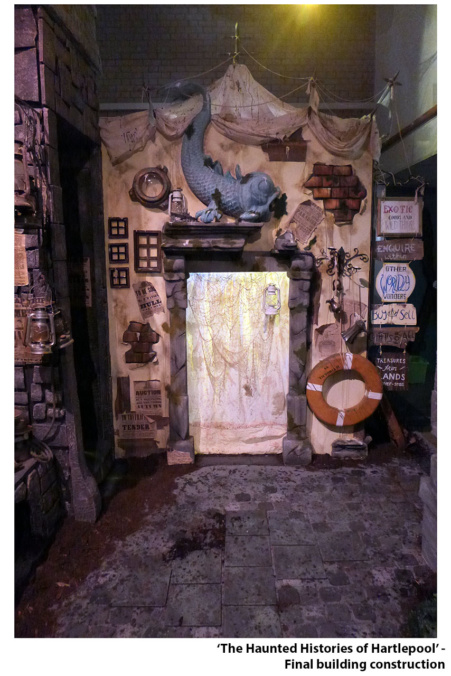 Above is my final building within the street. Overall I am really pleased with what I managed to create with only a few previous skills and with only me as the main builder, painter and set dresser.

The brief also required us to design characters and costumes for the ghosts that inhabit the street. We used photos from Hartlepool’s archives and decided to stick to a grey scale colour scheme with only small elements of colour. Some of these designs are currently being made by first years on the Costume course for a re-opening of the street in the next few months. 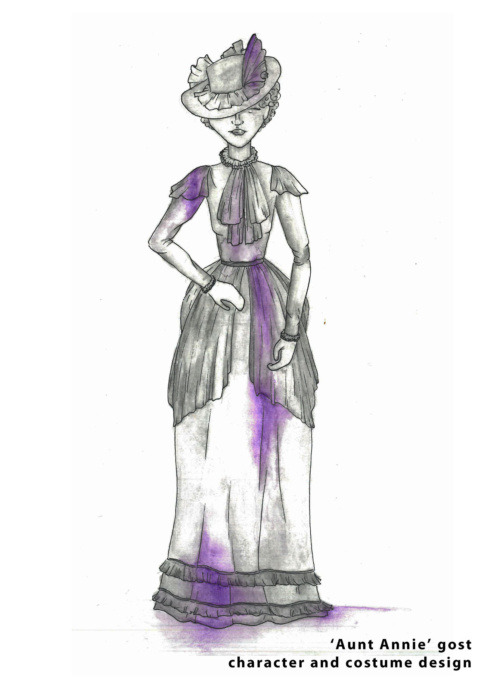 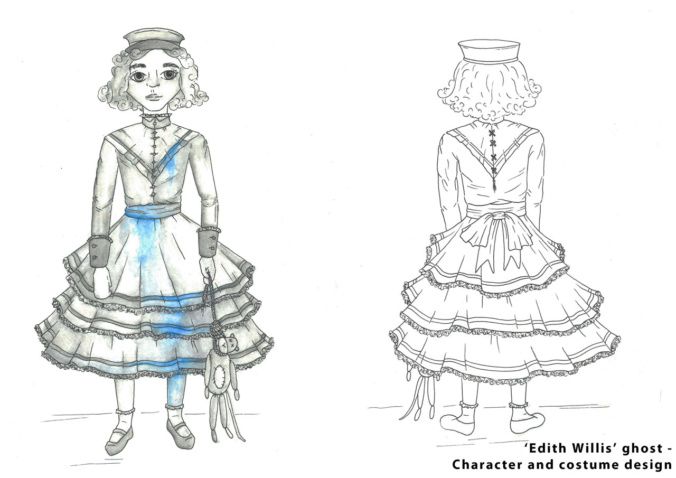 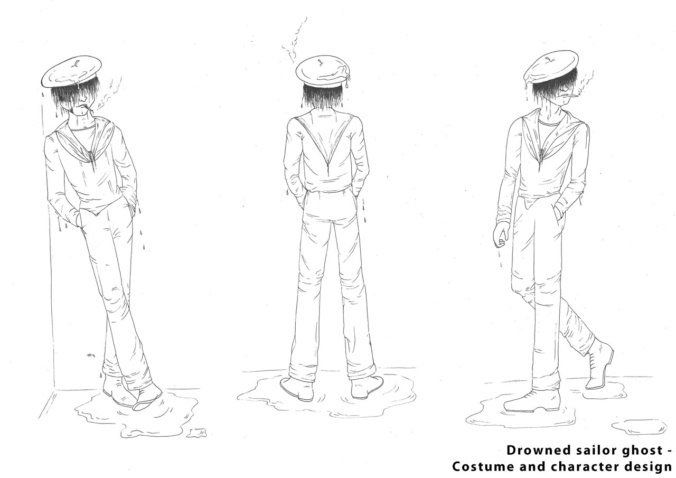 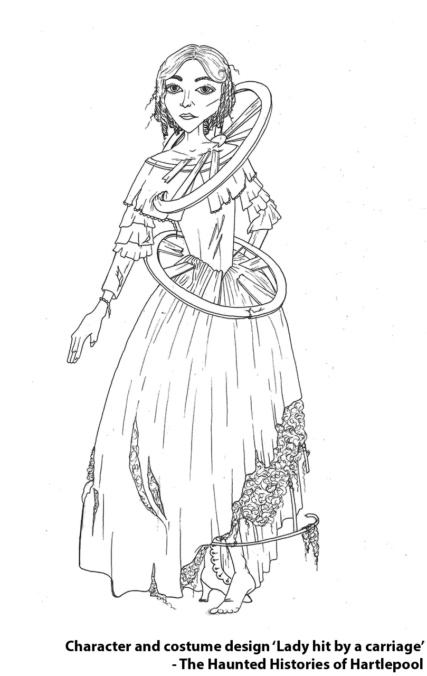