Carrying on from my previous research into Fashion show stages and set design, I found this video of the band ‘Fall Out Boy’ performing on stage at the 2013 Victoria’s Secret Fashion Show where the iconic wings that are often included as part of the shows ‘costume’ had been linked to the song the band were performing ‘The Phoenix’. I loved the idea of combining live stage production with a fashion show to create a collaborative theatrical production and I also found the actual wings the models wore, fascinating and beautiful.

Within the 2013 show, there were also performances by Taylor Swift and Neon Jungle who accompanied different lines of the Victoria’s Secret lingerie with their music. Whilst watching the video (linked above) I found that I was far more entertained due to the live music element than I ever have been watching a regular catwalk show where the music simply appears as a background accompaniment. This to me shows the importance of theatrical elements within various shows, be this music, set, lighting or costume etc. As well as the music, the wings – which could be considered costume – worn by the models, added another theatrical dimension to the catwalk, as they did not only emphasise the lingerie worn by the models but also linked in the song with the ‘Birds of Paradise’ theme for this particular underwear range. 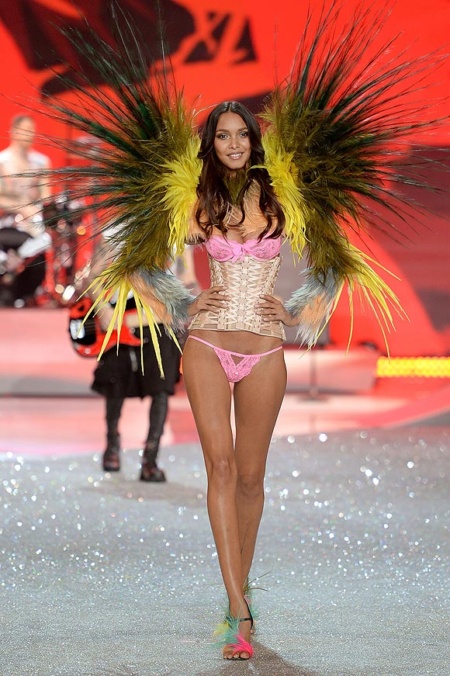 The wings themselves – which appear in the catwalk show each year, turning the models from just that into ‘angels – are created by head ‘wing maker’ Marian Hose, who also creates costumes, millinery pieces, theatrical armour and display pieces for top designers and other clients such as Disney. Initially, the designs for the wings are drawn up by an external concept artists before being sent over to Marian and her team. The sketches are then interpreted before the final designs are projected onto a model in order to gain a sense of scale and proportion, as if the wings are too big the model may simply not be able to lift them. The structure of the wings is the first thing to be fitted, with the frame taking around a week to make for a simple pair. Other jobs such as beading as drafted out to another team due to the time-consuming nature of intricate work and so many pairs of wings to produce for a single line within the whole show. 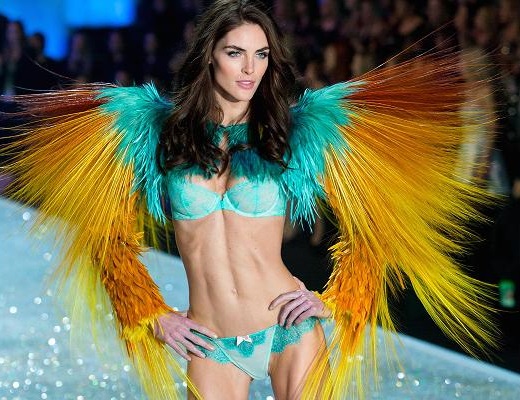 I love the inclusion of costume within the show, it emphasised the clothes trough colour and decoration etc. but it also makes the whole thing more interesting and pleasing to the eye, making it a performance rather than a simple modelling catwalk. The Victoria’s Secret wings are now iconic to the brand meaning that the idea and the name can easily be linked together, showing the power of visual association. 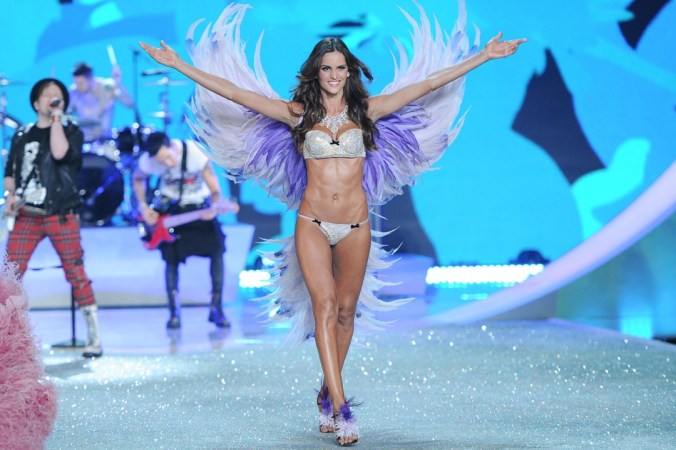 It would be interesting to test the structure of one of these designs to see how they could be created on a small scale, or as part of a costume design within my work. This is something I could experiment with in my own time to see the intricate details and the how it is all put together.