The Art of the Brick

During the Easter break, I went to see an exhibition called ‘The Art of the Brick’ by artist Nathan Sawaya, who builds his sculptures and replica art pieces entirely out of LEGO bricks. He discovered the idea of LEGO sculptures when he used them as a creative outlet during his career as a lawyer before gaining support, popularity and commissions meaning he could then become a full-time artist. 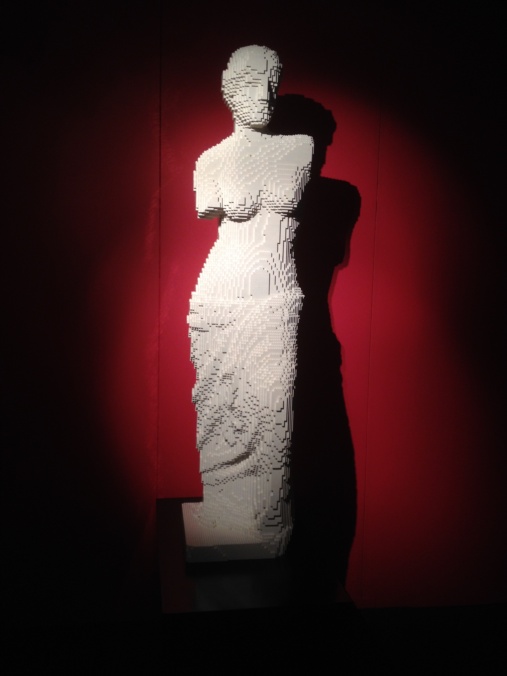 Not only does he create his own sculptures, he also replicates old pieces of art such as traditional Greek and Roman sculptures, and classical paintings such as ‘The Mona Lisa’ and ‘The Scream’. I really liked these replica pieces, especially the traditional statues, as you could recognise the form and even the artwork it was meant to be, but there was a nice quality to it using the LEGO as the edges were angled and nothing was ‘clean’. Many of the works are built so they are hollow, but the brick counts for the sculptures are often in the 10s of thousands and above. 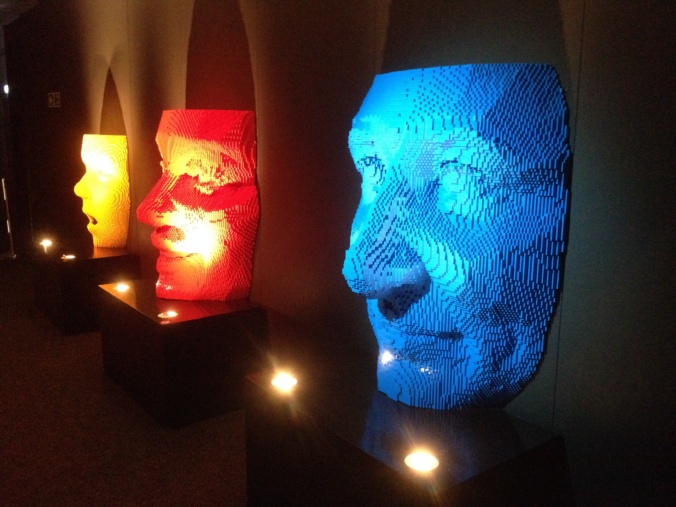 These LEGO ‘facemasks’ were some of my favourite examples and he often focuses on the human figure and its movements and feelings within his work. The biggest blue face was a ‘self-portrait’ and he used many photos of his own head from different angles to achieve the replica and correct proportions in accordance to his own face structure. The red face was taken from a friend of his, this piece took several weeks to create (the sculpture creation time various according to the piece, but it can take weeks or even months to finish one project). The last yellow – and smallest – face is the last in the series and appears to be younger than the rest. However, it is not explained if it is the face of a child, his or anyone else’s, you are left to decide which face you want to be and what they represent.

‘My favourite subject is the human form. A lot of my work suggests a figure in transition. It represents the metamorphosis I am experiencing in my own life. My pieces grow out of my fears and accomplishments, as a lawyer and as an artist, as a boy and as a man’ 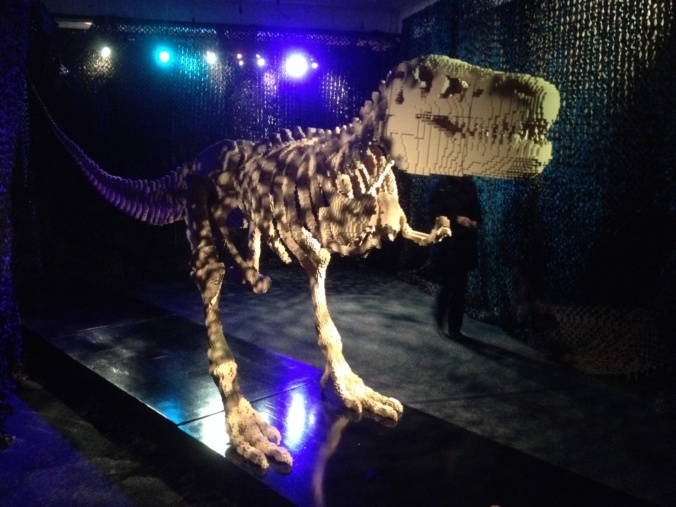 This sculpture of a Tyrannosaurus Rex skeleton took around 80,000 LEGO pieces and a whole summer to create. After his first large exhibition as an artist, Sawaya noticed how many children were interested in his work so he decided to give something back for them, so he built this dinosaur addition. According to the information provided, this was one of the most challenging pieces he had ever created due to the structure and the support but I think it is also one of the most beautiful and one of the best examples, visually. It also connects to the childhood aspect of LEGO and what many children tried to build with it in their younger years (but weren’t very often successful). 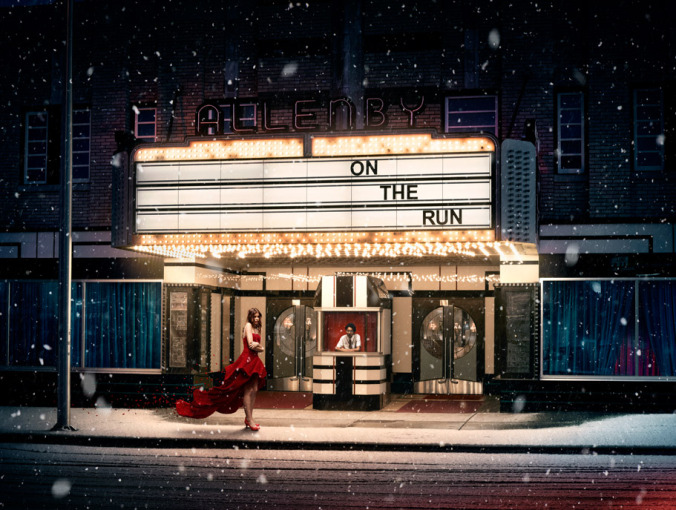 As well as the sculptures, part of the exhibition also showed a collaborative project between Nathan Sawaya and photographer Dean West where they had combined Sawaya’s LEGO creations (for example, the dress in the photograph above) and West’s modern photography and digital editing. Each photograph includes one or more items made out of LEGO using the idea that both the item and the image itself are constructed out of ‘bricks’ (or pixels). I really like these images, they are strangely haunting due to the fact that everything is focus (because much of each image is digitally modelled) which reminds me of a scene from a film and it takes a moment to see the LEGO element within each photo as they blend in so well.

This idea could easily be applied to theatre design, simply by changing it up and making all the set and props out of LEGO or another unusual material that could have connotations similar to the themes of the play or show (for example, LEGO would work if there are childhood connections etc.).

Images I took myself at the exhibition

Information from the exhibition display