‘The Bear and the Hare’

After researching the scenic effect painter Fiona Stewart and finding out she worked on painting the backdrops for the John Lewis 2013 Christmas advert ‘The Bear and the Hare’, I decided to research the making of the advert further as I was surprised to find out that it was made using stop motion as I thought it was entirely digitally animated.

The advert was created by advert and communications company Adam&EveDDB with directors Elliot Dear and Yves Geleyn working together to create the initial concept pitch and the resulting advert. The initial concept was creating around the idea of using traditional animation techniques of stop motion and 2D animation, without the use of modern CGI. The final combination was a mix of both 2D and 3D elements by having the characters as stop-motion 2D figures within a 3D set, which is a concept that Elliot Dear had previously experimented with, but had not taken it to a commercial level. 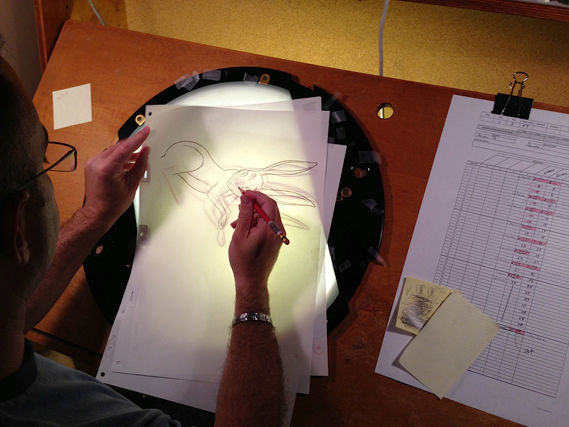 Aaron Blaise and various other illustrators and animations were drafted in from Disney to draw the animals needed for the advert. The directors wanted the advertisement to have an animated Disney quality (as some of the original references from the ad agency were for Bambi and other animal animations) but the style was adapted so the animals appeared more ‘British’ and traditional, rather than overly fake and Disney-like. 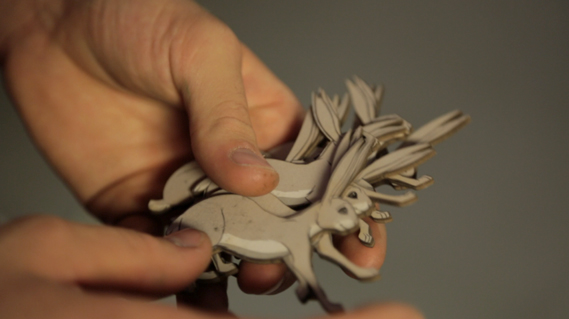 The original concepts for the characters were created by a team in Florida before being sent over for the UK to colour and correct for cutting on the laser cutter, to then be used within the 3D set pieces. John Lee was the set designer for the advert, having previously worked on animated films such as ‘Fantastic Mr. Fox’ along with Elliot Dear (and Fiona Stewart, again I am seeing a lot of cross-over with the people who work together, contacts are clearly important in this industry) and he designed all the sets used within the mini-film. I really like the inclusion of both 2D and 3D elements, as it has both an animated feel but with a realism that could not be achieved through CGI or computer animation alone. It helps give a sense of perspective when filming, a distance and feeling of space whilst watching the advert. I was surprised when I found out that it was filmed using stop-motion, simply because the whole film, the characters and the sets are so clean and well-put together that it is hard to believe that everything was handmade and hand painted including the skyline – which, along with the other textured pieces is something that I would have liked to have done if I could have worked on this project. 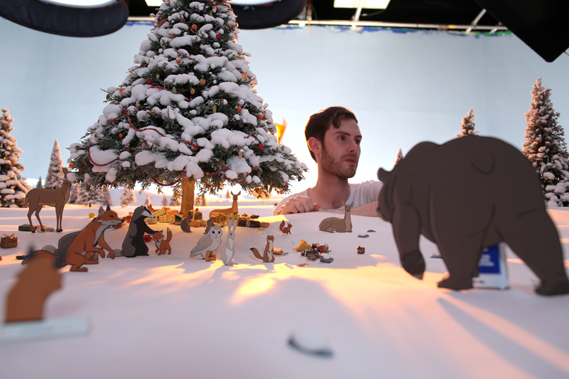