When we visited London, we also took a trip to the Harry Potter Studio Tour at Leavesden Studios, Watford. I had visited the studios before, but I hadn’t concentrated on the production design aspect of the tour so it was interesting to visit again and look at the displays from this point of view.

One of the Production designers for the Harry Potter films was Stuart Craig, who actually won a Bafta for his work on ‘The Goblet of Fire’ and Neil Lamont was the supervising art director for all eight films. There was a large amount of illustrators, architectural draftsmen and concept artists who were permanent residents at the studios throughout the production of the films as well as outside prop makers, construction teams and sculptors etc. who were employed for at specific points during the film making process. The set decoration was a huge part of the film arts section due to the amount of small details included within the props and set such as the drapery, light fixtures and making sure the camera picked up on what the director and art designers wanted. 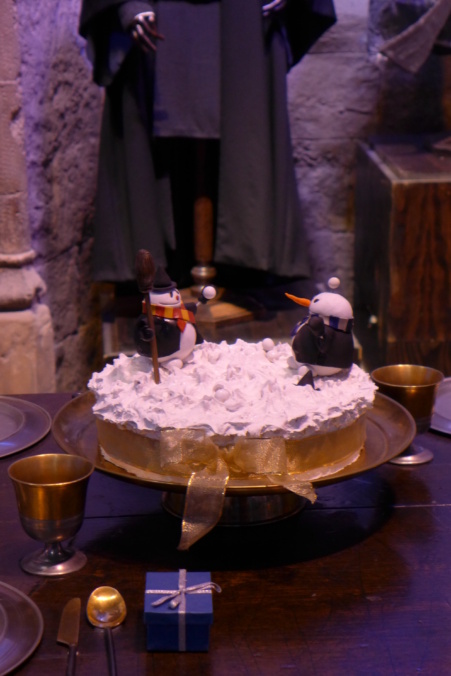 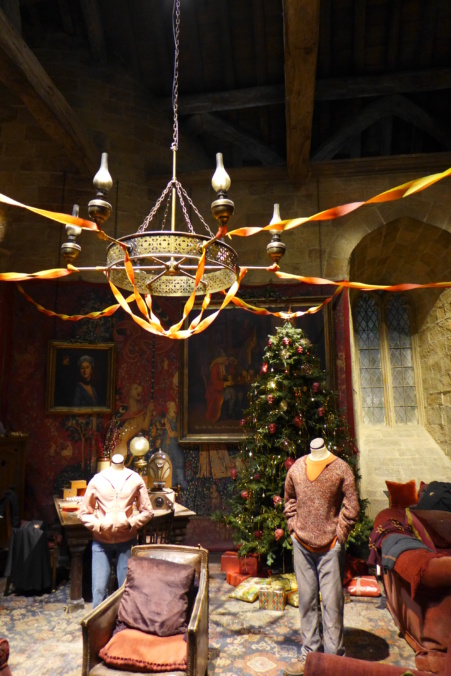 The construction team turned the art department’s designs into full scale sets. 588 individual sets were constructed over the 8 films production time with painters, stagehands, plasterers and carpenters all needed to complete the structures for the film scenes. Some of the large scale set items have been reconstructed or reproduced on the studio tour sight including my favourite, Diagon Alley. Although this certain street has never been the same in any two films with it being completely redesigned using the original drawings in one of the last films ‘Half-blood Prince’. I really like the detail that you can see within each storefront in the street when you walk down, all the props sourced or designed specifically for the shops even though it may only appear once in the background in the whole film. Another large prop or piece of set that had interested me since seeing it in the films was the ‘Magic is Might’ statue located within the Ministry of Magic. This huge sculpture was hand-carved by Julian Murray with detail and realism, so much so that I thought it has been computer generated when I first watched the film. 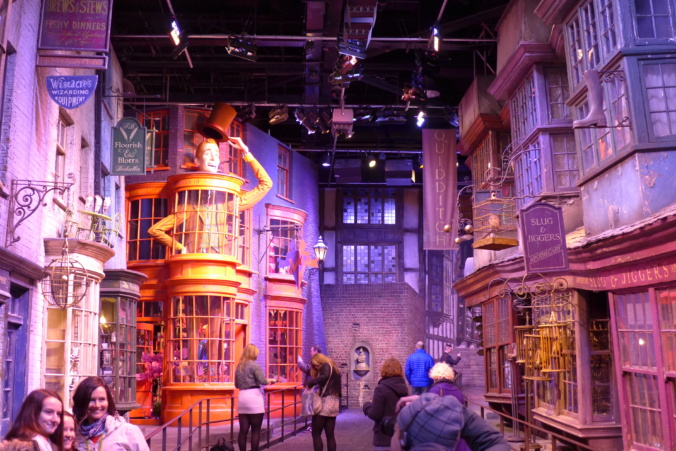 Barry Wilkinson was the property master on the Harry Potter films and he was responsible for organising a team to deal with all the props used within the films. By the end of production the props gathered, both sourced and produced by the arts department filled 5 warehouses with furniture, handmade books, glass spheres and products for the Diagon Alley shops. I really enjoyed looking at the props, especially the large collection that appeared within the ‘Room of Requirement’ just because of the detail that went into each individual piece even though they were barely seen. Some props were sourced or even hired for the films, but many were produced by the Prop manufacturing department using traditional techniques as well as incorporating new technology that was advancing as the films continued. 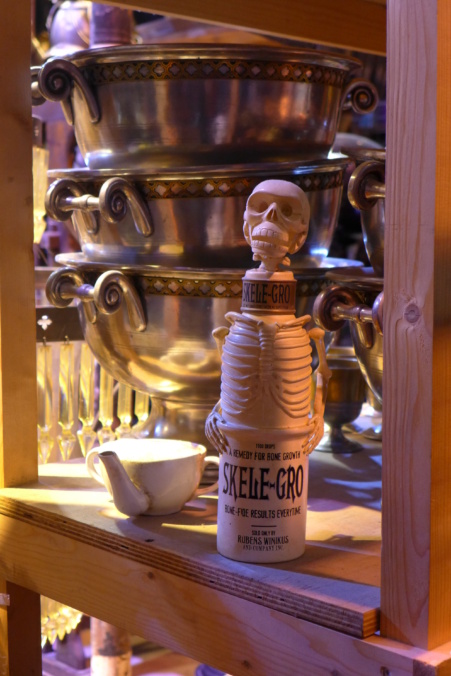 Although CGI and computer generated elements were used within all the films, many pieces needed to be made for real in order for them to interact with the actors such as the Deatheater target that the props department made and added animatronics to so it could move and appear to be enchanted. 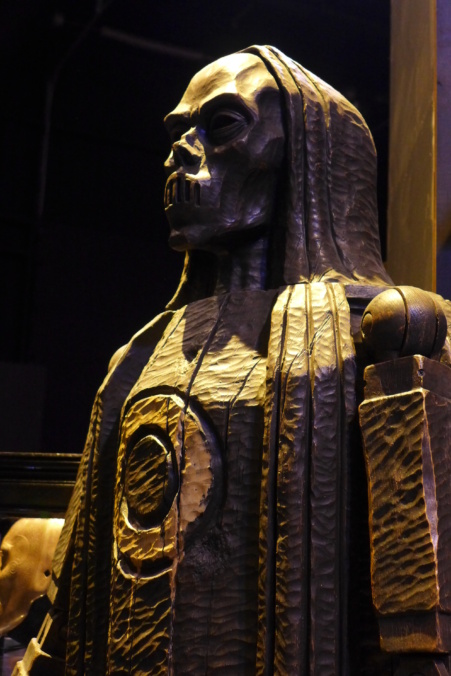 The department responsible for costume helped to create a range of items from the student’s robes, to everyday outfits, handbags to hats. 50 costumers were on hand for each film to produce costumes for the principle and supporting cast, which had to be done quickly due to the speed of filming and additions of extras within certain scenes. Certain costume pieces were made individually for each cast member such as the Death eater masks worn in ‘The Order of the Phoenix’. Departments combined on this project with the Effects department taking moulds of the faces of the cast members, which were then given to Props to apply the designs for each mask and Costume for finishing touches and application to the rest of the actor’s costumes. 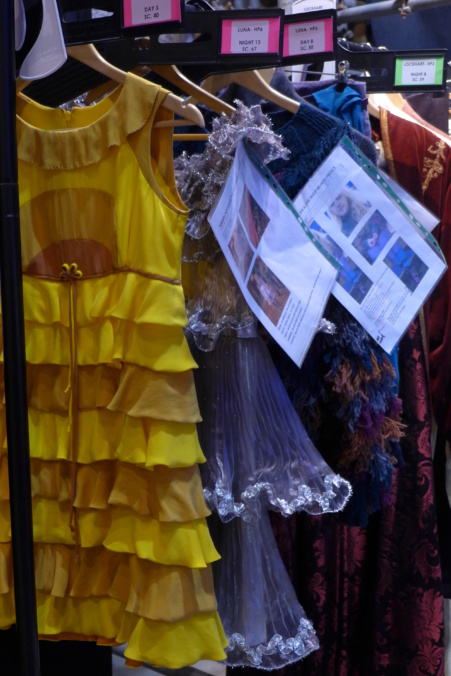 Artists, sculptures and engineers were all employed within the Creature Shop to turn the concept artist’s work using make-up effects as well as animatronics from the models provided. Digital artists also scanned the designs to create computer generated models that were added through post-production computer works due to the scale and animation needed – real models and creations were not always possible. Nick Dudman was the head of the Creature Shop for 10 years, this is an area of production design and creation that I would be interested in working in and looking into more to understand what would be needed to work within this area. 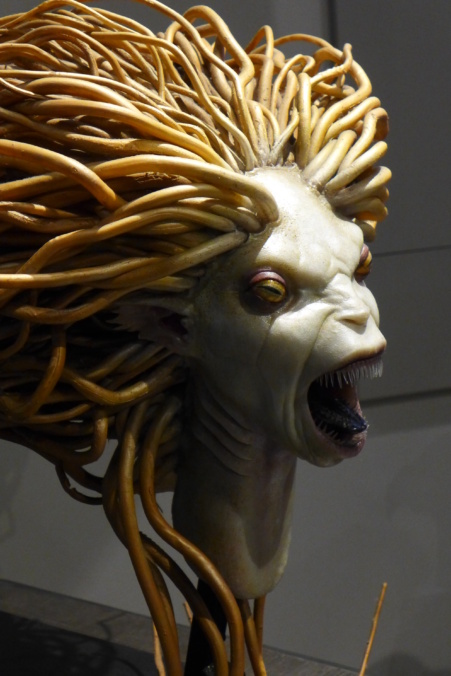 Certain large-scale animatronics such as ‘Aragog’ the spider were much more complex than the smaller moving props as it took 15 technicians to operate it and control the 18ft leg span. Aragog was the only spider within the film that was actually made, the rest were computer generated due to their high-speed movements. 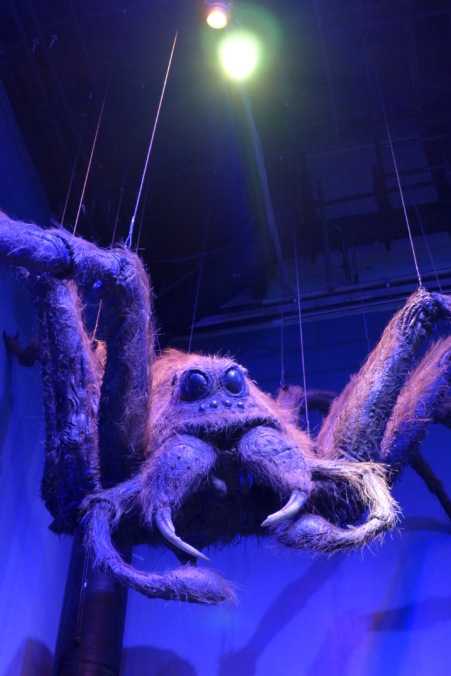 The special effects team were in charge of animating set features built by other departments such as the moving staircases within the castle, which were shot against green-screens and combined with footage of a miniature set, painted and decorated to look like the inside of Hogwarts – including miniature paintings. The Prop and Effects departments combined when creating the set decoration for Umbridge’s office, the cat plates were sourced from all over London and painted bright green so separate footage of cats could be combined and appear on the plates in post-production. Some elements of the film were initially meant to be practical elements, such as the Dementors, which were originally created by the Creature Shop and dressed by the Costume department. Although the technique of puppeteering this creation underwater to achieve a flowing effect did work, it was considered too time consuming so digital art was deemed more appropriate. 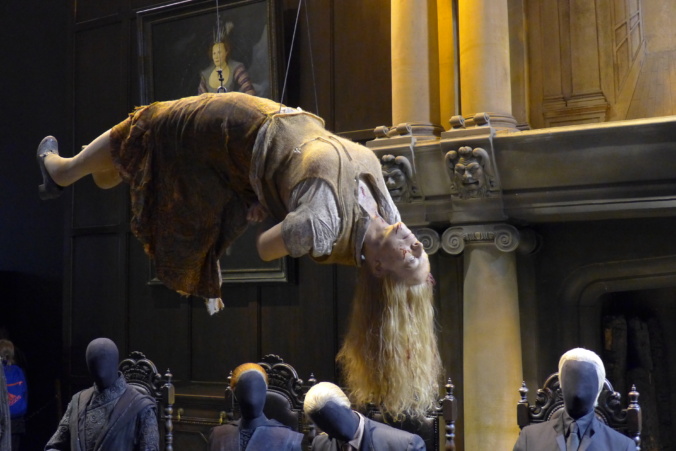 Production designer Stuart Craig also worked with a team art directors and illustrators to design every prop, character and environment before it was sent to the various manufacturing departments. Although the white-card models of set pieces such as ‘The Burrow’ and ‘The Owlery’ were incredibly detailed, the stand out model had to be the huge scale model of Hogwarts castle that was created for the first Harry Potter film. When you walked into the room where the model was, you are immediately overwhelmed by the sheer size and detail included, I was blown away even the second time I saw it. It took 40 artists to initially produce the model and over 50 to maintain it over the course of the rest of the films. Miniatures of Hogsmeade, and The Burrow were also created, painted and finished – as well as adding lights and glass windows to make it appear even more realistic- to use as outside shots rather than using computer generated models for all of the scenes. Real gravel was often used as boulders while trees were also constructed to scale, everything needed to be precise to appear realistic. I really loved this models and I would be interested in learning more about how to make and produce these scale models as I find them really interesting and I would love to gain more experience in this area. 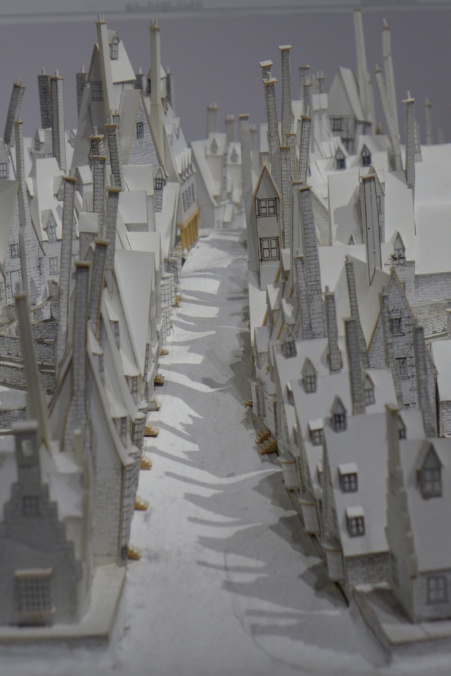 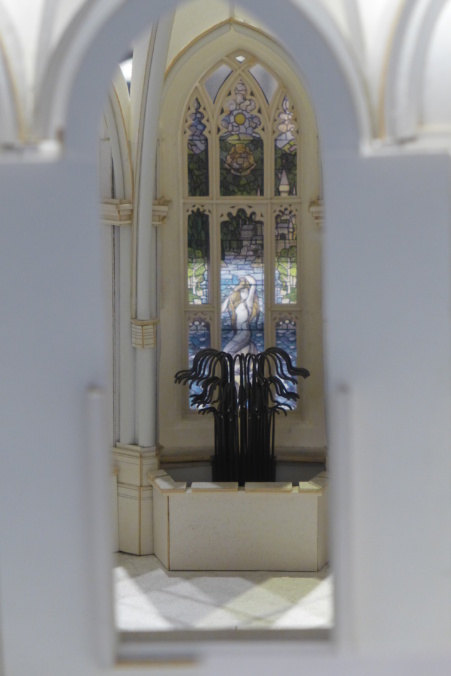 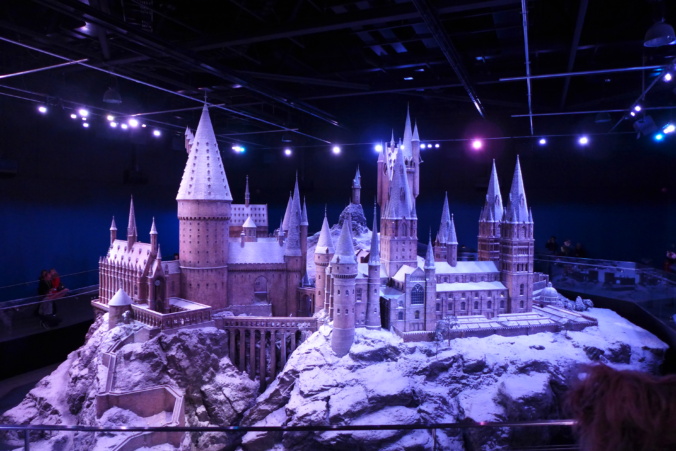