During our Uni trip to London, we visited lots of famous shops and department stores to look at the window displays that are created to show Christmas goods and potential presents. Every year, the shops are trying to entice customers to shop in that certain store, so the displays are becoming more complex and elaborate – almost like art pieces within their own right. Production and entertainment designers are often employed to create these window displays as they are almost like mini stage sets containing special props and costumes within them. Some of the favourite windows I saw were in the smaller Harrods’s ones. They contained miniature scenes with items sold within Harrods with falling snow and a musical soundtrack to give the shopper an experience using more than just the sense of sight.

I have included some images that I took of these miniature window displays, as they could be used as inspiration for a set, especially for something like ‘The Borrowers’ as they contained a miss-match of items sold to create a jumble room to display the objects. They also used small mice as the characters, a theme that continued throughout the larger displays and the social media advert that Harrods created. 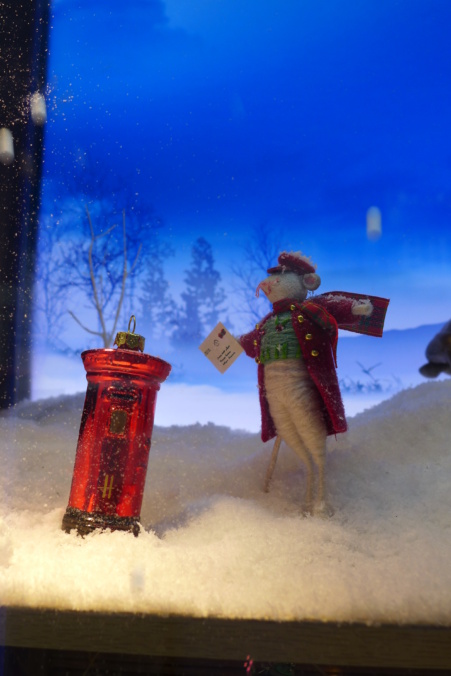